Skip to content
Posted on June 4, 2018February 4, 2019 by heritagehomeprogram 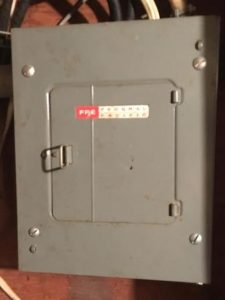 From the 1950s to the 1980s, Federal Pacific installed millions of “Stab-Lok” breaker boxes in homes throughout the U.S.  Through the years, they gained a reputation for not tripping when overloaded and were known to be the cause of many house fires.
A New Jersey State Court ruled that the Federal Pacific Electric (FPE) Company “violated the Consumer Fraud Act because FPE knowingly and purposefully distributed circuit breakers which were not tested to meet UL standards…”
If you have a Federal Pacific Stab-Lok breaker box, it is recommended by virtually all electricians that it be replaced immediately.